Colleen Mullins | The Bone of her Nose – Online Artist Talk 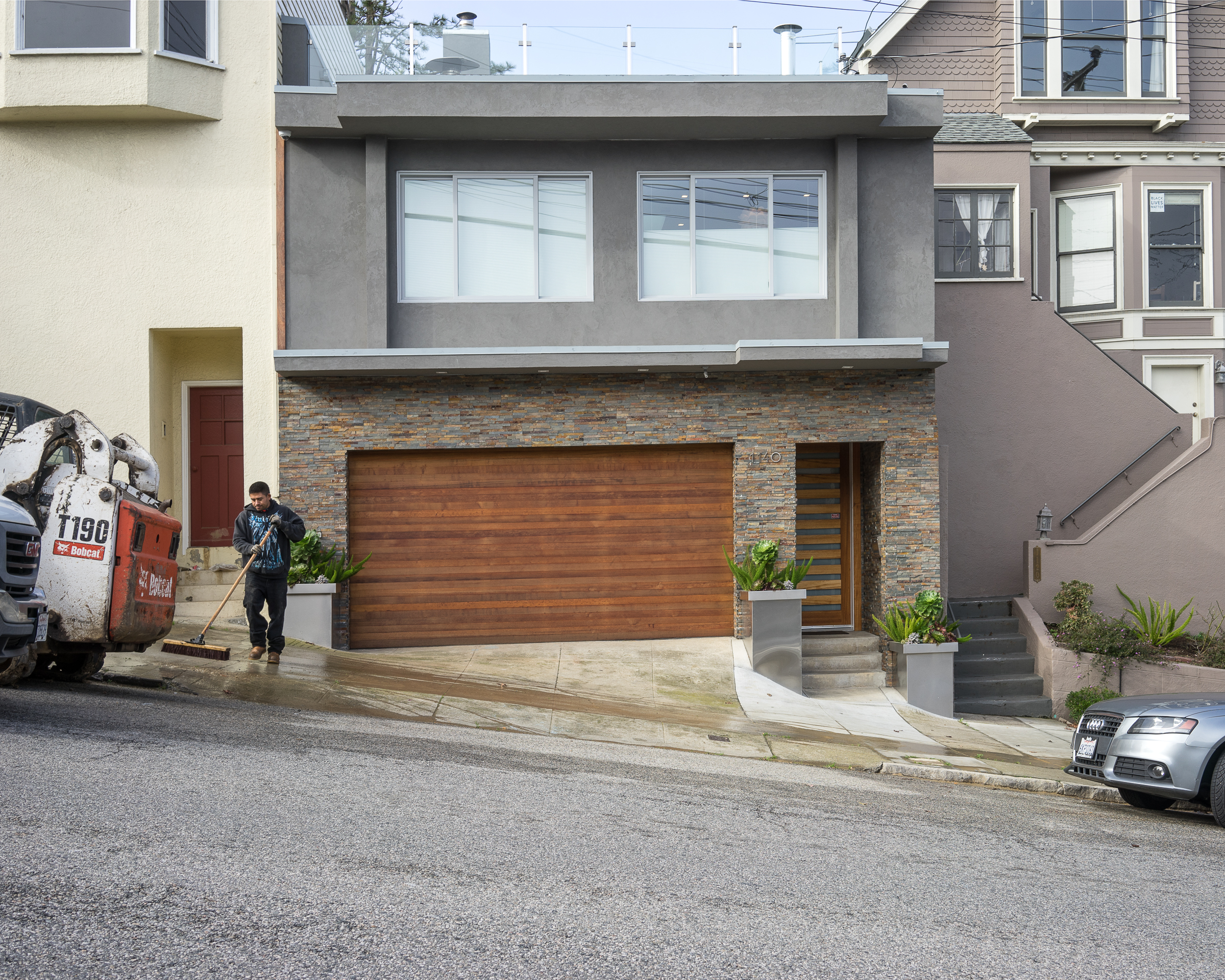 We are excited to host artist Colleen Mullins in the Griffin Zoom Room to talk about her exhibition on the walls of the Atelier Gallery, The Bone of Her Nose.

Join us online in the Griffin Zoom Room on Thursday November 4th at 7pm.

This event is FREE to Griffin Museum members. $10 for Non Members. Interested in Membership and its benefits? See more about what the Griffin offers on our Griffin Members Community.

About the Bone of Her Nose

The Bone of Her Nose documents a phenomenon, I call, the grayification of San Francisco. Long opening its welcoming arms to people the world over, San Francisco was a place for the weird, the funky, purple haze, colorful music, and more colorful painted ladies. But its newest residents are almost universally painting it the color of that other notable San Francisco resident: Fog. I returned to my home in 2014, after living in Minnesota for 22 years, and was stricken by the social war taking place, hearing the constant drone of the Greek chorus, “If natives of San Francisco can’t afford to live in the tech-boom-bloated Bay Area, they should go somewhere else.” Construction is rampant in formerly-industrial parts of the City, where developers are building small cities of “micro-units” (less than 300 square feet), that function as massive dormitories for the thousands of tech workers, who work an hour or more away in silicon valley, but wish to live the dream of being a San Franciscan. And, in the historically populated areas, people are gobbling up residences for inflated prices, gutting them, and of course, painting them gray. To me, these pictures are about a quiet, dampening of the light of the city, a creeping chill, fog-gray.

Colleen Mullins is a photographer and book artist. She has garnered numerous grants and fellowships, including two McKnight Fellowships, four Minnesota State Arts Board Grants, and in 2020, she was a nominee for the Leica Oskar Barnack Award for her project “Expositions are the timekeepers of progress”. Additionally, she has been an artist in residence at the Vermont Studio Center, the Penland School of Crafts Winter Residency, and In Cahoots Residency. Mullins’ work is in the collections of the US Embassy in Moscow, Ogden Museum of Southern Art and Southeast Museum of Photography, among others. Her publications include Photo District News (PDN), The Oxford American Eyes on the South, The New York Times Lens Blog, and numerous textbooks. She has authored articles for Afterimage and PDNedu. Her work The Bone of Her Nose, on gentrification in San Francisco, will be featured in a three-person exhibition at the Griffin Museum of Art in November, and her work as a part of the Rolls & Tubes Collective will be a part of the 20/20 Photo Festival in an exhibition at the Philadelphia Photo Arts Center in September in conjunction of the release of their book “Rolls & Tubes: A History of Photography”.

She lives and works in San Francisco.

The Griffin Museum of Photography

All sales are final on products purchased through the Griffin Museum. Participant cancellation of a program/lecture/class will result in a full refund only if notice of cancellation is given at least 2 weeks before the date of the event.